Words are not enough to describe this paradise
which never disappoints those who come here in
search of unspoilt sea and nature.

A short walk on a deserted island..
Crystalline sea all around...
Barefoot for a week...
A nice chat with new friends…
All this is the essence of our cruises in the Maldives!
With more than 30 years of experience in Maldives charter, Luxury Yacht Maldives can provide the best organization to make your time in the Maldives just special. With our diving experience, professionalism and direct handling services, we always offer the top quality to satisfy customer’s requests. Over 1100 tiny islands in the Indian ocean, the Maldives offer some of the most scenic seascapes on earth and is one of the most spectacular dive destination in the world. Cruising the atolls is the best way to enjoy and discover this amazing archipelago above and under water

Like hundreds of tiny white pearls scattered through the endless blue of the indian ocean...

Words are not enough to describe this paradise which never disappoints those who come here in search of unspoilt sea and nature.

The archipelago of the Maldives: geography and territory The Maldives are an oblong ring-shaped double-range of large atolls. located in the Indian Ocean, mostly just North and slightly South of the Equator, between 7°6’30” latitude North and 0°41’48” latitude South and between 72°32’30” and 73°45’54” longitude East.

26 atolls stretching North to South for about 764 km. and East to West for about 128 km. The total surface is 90.000 sqm but emerged lands are only 0,3%. India is approximately 595 km. away from the archipelago to the North, Sri Lanka 670 km. to the North-west and the Chagos islands 550 km. to the South. The atolls comprise a circular coral reef which contains numerous islands of various sizes.

The Maldives archipelago is made up of 26 atolls and 1190 islands covered by palms and mangroves. No more than 200 islands are inhabited and about 100 host tourist resorts. It is difficult to define the exact number of islands in the archipelago: If sandbars and coral outcrops were included in the figure they would have been approximately 2000: The estimation is also complicated by the fact that the islands come and go: some of them combine, other split in two and sometimes islets emerge from the coral reef. The majority of these islands is very small and they can be walked across in less than 10 minutes. Maximum height is usually 3 meters on the sea level.

The word atoll (from Maldivian language Dhivehi: “Atholhu” indicates a reef belt of different sizes and shapes, including lagoons, islands and reef with pass or channels. Up to now nobody knows the exact of these islands, but perhaps this is also the charm of the Maldives. It is possible to find islands with no name, not shown on any map and with no footprint on them. There are channels of various sizes between the atolls used for navigation. Particularly the island nation is located in a strategic area with access to major international sea routes in the Indian Ocean. All the islands are encircled by a lagoon blessed with crystal clear water. These islands are protected by a reef structure, housing one of the most exclusive and spectacular underwater life.

Maldivians are esteemed around the World for their hospitality and affability towards their guests. Currently the population of the Maldives is 341,256. Additionally close to 60000 registered foreigners reside in the country. Maldivians share a similar cultural heritage, history, ancestry, homeland, language and religion. Maldivian ancestral roots can be traced back to Sinhala’s of Sri Lanka, Marathi’s and Guajarati’s of India, Arabs, Malays and Northern African dispositions. Accordingly, Maldivians emerged from a mixed race, which has enriched the culture and history of the country.

Presently Maldivians are adherents of the Sunni School of Islam. Maldivians embraced Islam in 1153 AD and since then the religion has played a key role in shaping the Maldivian society. Some of the famous landmarks in the country have been greatly influenced by Islamic architecture. Before converting to Islam, the Maldivians were known to practice Buddhism and ancient paganism. Ancient Buddhist ruins are preserved in the country and antique Buddhist artefacts are displayed in the National Museum in Male’. Traditionally whenever guests visit a local island, the islanders will welcome them by serving a fresh coconut drink. This tradition has continued to this day and do not be surprised if your resort offers a beautifully decorated coconut drink when you reach your destination!

The traditional Maldivian family consisted of a patriarch who earned living primary by fishing. Carpentry, seamanship, tapping toddy and boatbuilding are traditional professions some men pursued. The woman normally stayed at home and took care of the children and other household duties. She was also responsible for activities like drying and smoking the fish for commercial use. Some women also engaged in activities like mat weaving and making coir rope. There was very much a close-knit communal atmosphere to the islands: However after 1970’s which ushered in a new era of rapid modernization, urbanization and growth of tourism had bought about significant changes to the lifestyle and professions of the locals. Most Maldivian people now pursue modern professions in both the private and the public sector. Employment in the construction industry, tourism industry and the service sector has boomed with higher concentration in Malè, the commercial and business centre of the nation.

The customs and social behavior of the Maldivians have been greatly influenced by the Indians, Sri Lankans, Arabs and North Africans who visited the Maldives while traversing through the trading routes of the central Indian Ocean. The Maldivian culture is rich and vibrant due to the infusion of various other cultural elements. Though Maldives was culturally influenced by other traditions, Maldivians have built and preserved an exclusive cultural identity. Maldivians inherited a treasure trunk of ancient mythology and folklore that was passed orally through generations. The Maldivian people are a friendly folk that has ancestral roots in Sri Lankan, African, Indian, Arab and Portuguese origin: The Maldivian Culture is heavily influenced. For example the “Bodu-Beru” a form of Maldivian folk music consisting of drumming is linked to African tribal drumming rituals.

Temperature is constant the whole year round: 29-32°C or 84.20 F -89.60 F during the day 25-26° C or 77 F -78.8 F during the night. The Maldivian climate can be divided into two periods, characterized by two monsoons. The South-West monsoon, Hulhangu, from May to November, is humid with seldom and persistent rainfalls. In this period the sea is heavy and winds can be strong. The North-East monsoon, Iruvai, from December to April, has very little rainfalls and lower humidity. The period between January and April is relatively dry. June and July are the months with highest rain rate.

During the last years, due to a climate change, the difference between the humid and the dry monsoon has changed. Therefore it is possible to have some rainy days during the dry season and some sunny days during the humid one. The Maldives is on the equator and has therefore the same number of light and dark hours. Every day has 12 hours light and at 6 p.m. it starts darkening. In order to have more light, many resorts set the clocks forward one hour ahead of Male’s time. Anyway, reserve your vacation according to your needs: Maldives is a tropical region and it is not easy to forecast the weather conditions. Water temperature is constant between 28-30°C. Water is clear from November to the end of March, while in the other periods it is full of plankton brought by the currents.

Malè, the only city in the Maldives, situated on the North Malè atoll. Male’ city is one of the most densely populated cities of the world. Male’ is the capital city of the Maldives and the seat of the executive, legislature and judicial branches of the government of the Maldives

No entry visa is required for less than 30 days stay, extensions up to 3 months to be requested before arrival. Passport valid for at least six months from the return date.

Customs checks are extremely strict and the import of alcohol, meat and pork products, drugs, pornographic and religious material and underwater fishing spear guns is prohibited.

Both Divehi and English are spoken.

Maldives international code +960. All tourist areas of the Maldives are covered by the GSM system. 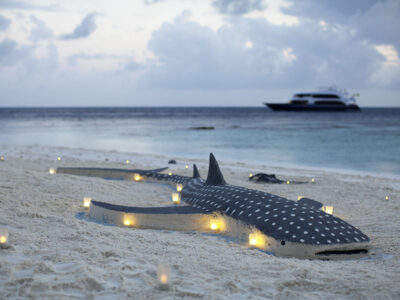 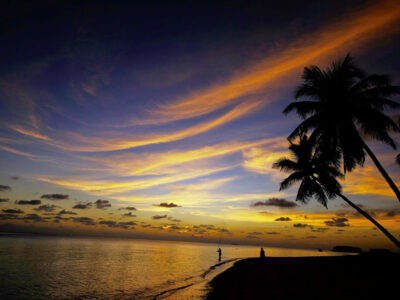 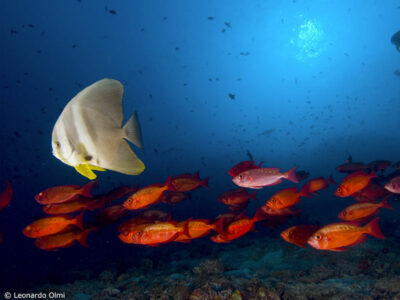 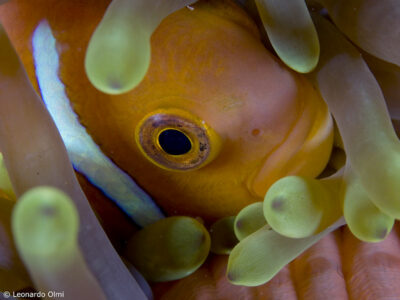 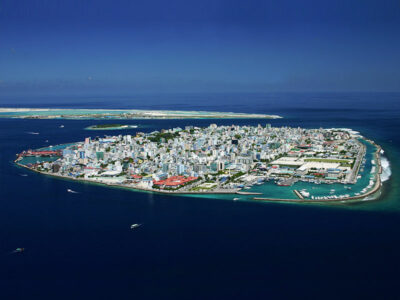 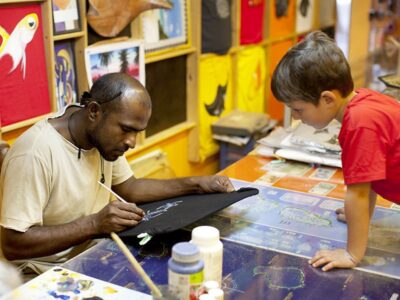